Emma met Dave in Flares Nightclub in Shrewsbury. She was introduced to Dave through a friend.

After a night of drinking and dancing, Dave offered Emma a lift home. Emma lost her phone in his car and after searching for it was unable to find it.

Dave found the phone and brought it round the following day.

They then made arrangements to start seeing each other and the rest as they say is history.

We’re so excited to start the next phase of their lives together and can’t wait to celebrate with you in March!

− join us for our wedding 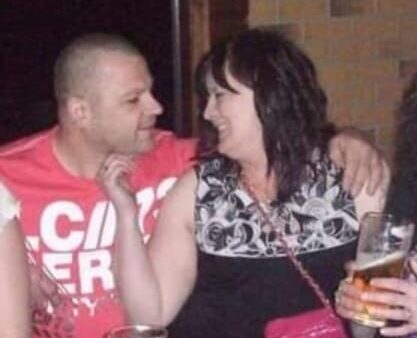 On the 9th April 2010 at Kelsey’s 18th birthday party, Kelsey made a deal with Dave that he would have to propose to Emma if she made a speech. She did and then Dave had to keep up his part of the deal.

Please join us for our wedding celebration on

The Hall is believed to have derived its name from stag hunting days when a buck was found here in the fork of a tree.  It was rebuilt in the 1920’s by Sir John Bayley, the founder of Wrekin college.

In the 1930’s the Lander family, husband & wife, Offley & Muriel, along with their daughters, Rachel & Joan lived at the Hall as a private residence before moving to Sunnycroft in 1943.  A selection of images from their time at the Buckatree are displayed in our gallery.

In the 1960’s the Hall was opened as Buckatree Hall Hotel and Country Club by John & Marjorie Wilson.  The opening ceremony was a grand affair with the England and Wolves footballer Billy Wright C.B.E in attendance along with his wife Joy Beverley of the Beverley Sisters.

Buckatree Hall Hotel returned back to family ownership in September 2010 and has since been lovingly refurbished to today’s high standard.

Keep it classy
For more tips please read this!

Please do not drink and drive
We recommend either driving yourself or taking a cab.

There is a parking lot at backyard
Only 25 lots are available.

Will be held in the cosie dining room, laid out to present a beautiful backdrop to our wedding.

Guests start arriving at 11:00am

While the family is busy getting their photos taken, please enjoy refreshments from the bar for drinks and have a wander around the hotel.

While away the evening dancing and help celebrate our wedding.

There is a possibility for booking rooms and join us for breakfast in the  morning.

But seriously!! Who is coming by plane?

GETTING TO THE BUCKATREE HOTEL

Rent a Car
Many car rental options at the airport

At the hotel itself

Here are a few of our favorite local spots
A wonderful walk down the canal running alongside the hotel.
Just down the road is The Dog and Doublet inn

The
Sky is the
Limit